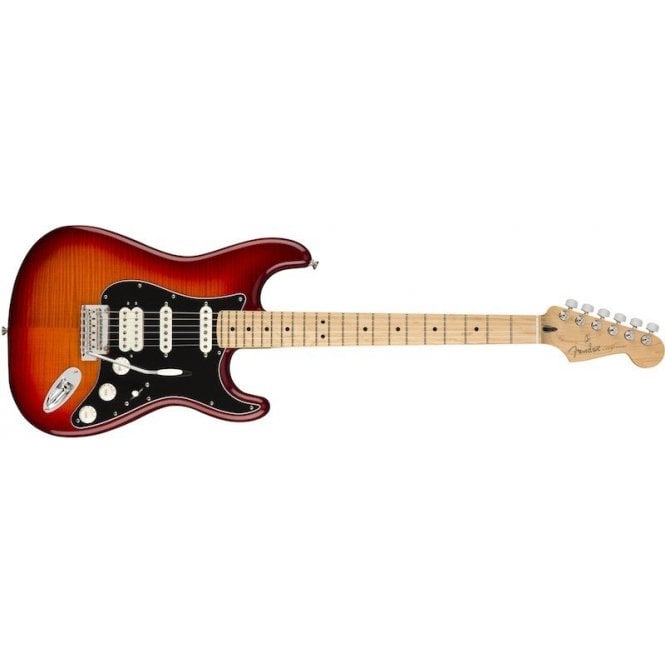 This Stratocaster is equipped with a range of high-quality components, delivering a profession grade performance to players on a budget. The set of Player Series pickups are in HSS configuration, with a New Player Series Humbucking and two Single-Coils. These pickups are infused with the soul of Fender, providing all the classic tones associated with many guitar legends. A toggle switch, tone controls, and volume control provides excellent tone shaping capabilities, allowing players to dial in the perfect tone for their playing style. The 2-point synchronised tremolo provides players with stunning pitch shifting effects, while the addition of a synthetic bone nut help enhance the natural resonance and string stability.