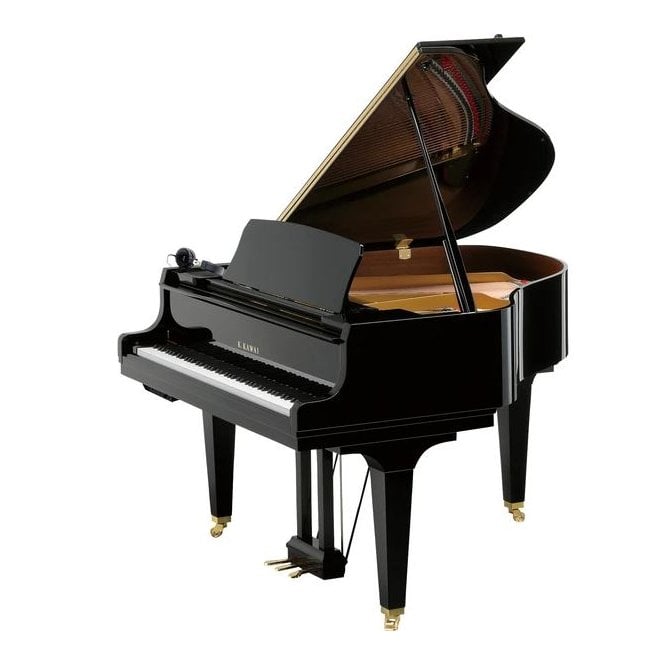 The ATX4 silent system is one of the most advanced piano silencer systems on the market today. With its discreet control panel and minimalist user interface, at first glance, it is hard to distinguish the GL10 ATX4 Anytime model from the standard GL10 acoustic piano.

The GL10 ATX4 features a new and improved hammer stop rail system, allowing the hammer's escapement from the strings to be identical when in muting mode as in acoustic mode. This means there is no compromise in the quality of touch when playing digitally using headphones.

The Kawai GL10 ATX4 piano offers full Bluetooth MIDI + Audio capability with aptX support, for streaming high-quality audio from your smart device to the piano (this will be heard through the headphones).

One Of The Finest Baby Grand Pianos Currently

The GL10 features Kawai’s Millennium III Action, with components made from ABS-Carbon, which is light and strong, giving more durability and control than traditional wooden actions. Longer keys and concert-length key buttons make for an easy playing feel while giving great power.

The soundboard on the GL10 is made from straight-grained, quarter-sawn solid spruce – tapered strategically to produce the best possible sound. The result is a piano with a beautiful tone that allows expressive playing, from very quiet to more powerful moments.

More About The Kawai GL10 ATX4 Baby Grand Piano...
The GL10 ATX4 features a new and improved hammer stop rail system, allowing the hammer's escapement from the strings to be identical when in muting mode as in acoustic mode. This means there is no compromise in the quality of touch when playing digitally using headphones.