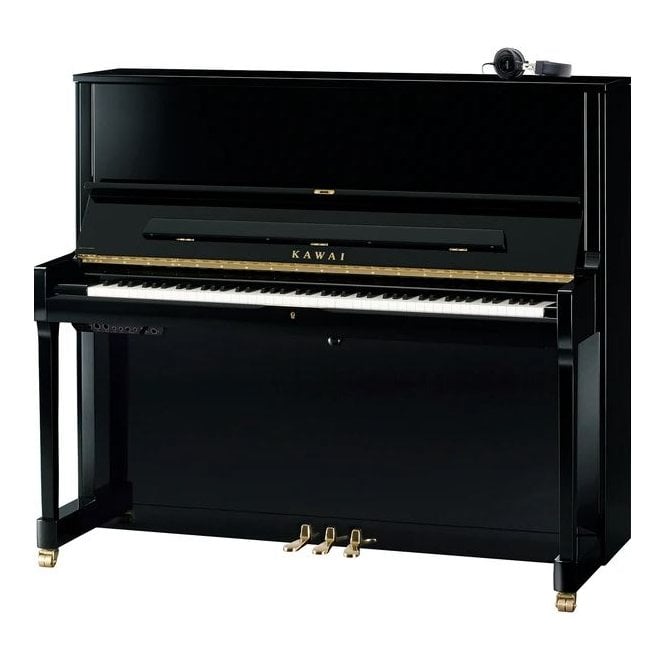 The Kawai K500 ATX4 Silent Piano takes the popular K500 standard acoustic model and adds a factory-fitted silencer system to allow practice sessions without disturbing neighbours or other people in the household. The best thing about ATX4 series pianos is that they offer the true keyboard touch & sound of an acoustic instrument, combined with the convenience & functions of a digital piano.

The ATX4 silent system is one of the most advanced piano silencer systems on the market today. With its discreet control panel and minimalist user interface, at first glance, it is hard to distinguish the K500 ATX4 Anytime model from the standard K500 acoustic piano.

The Kawai K500 ATX4 piano offers full Bluetooth MIDI + Audio capability with aptX support, for streaming high-quality audio from your smart device to the piano (this will be heard through the headphones).

Kawai's K500 upright piano is produced in their Hammamatsu factory, where the expert technicians have access to the finest woods and felts, which have been carefully selected for the production of these instruments. The K500 instrument features the exclusive Kawai Millennium III Upright piano Action, made with ABS-Carbon Composites. ABS-Carbon is a very lightweight, but rigid material. This results in a very strong and fast action to give the player more control, power, and better stability than conventional wood actions. Kawai upright pianos are renowned for having a more slightly mellower tone than other Japanese piano maker’s instruments and are popular with European musicians. Kawai celebrated their 100th anniversary in 2017 and are known as one of the largest piano builders in the World.