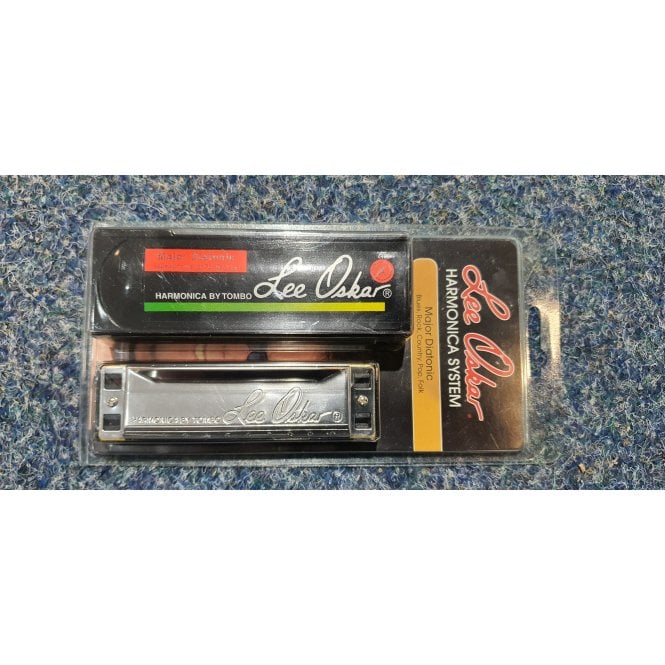 Code: Lee Oskar Major Diatonic Harmonica A -CLEARANCE
Item in Stock Item out of Stock | Usually dispatched within 24 hours
Loading...
Award Winning Retailer Est 1978 Supplying Musical Instruments For Over 30 Years
Prices Checked Daily Buy Today With Confidence
14 Day Return Policy We have made the process as simple as possible
Part Exchange Welcome We can offer you part exchange on your used items

About the Major Diatonic Harmonica

The Major Diatonic is the standard Blues tuning and may be played in the 1st & 2nd Positions (Straight Harp & Cross Harp).

The evolution of music introduced Blues, Rock and Country and along with these new forms of music came the need for greater expression. Harmonica players began to experiment and found that when they primarily used the inhale (draw) notes, a different kind of sound was provided. This resulted in a new and more fluid style of playing, known as 2nd Position (Cross Harp). 90% of today’s players use 2nd Position for Blues, Rock, Country & Pop music.

2nd Position (Cross Harp), is a Blues scale that offers a more expressive and soulful sound. Many of the draw reeds can be bent (a technique used to change the pitch of a note).