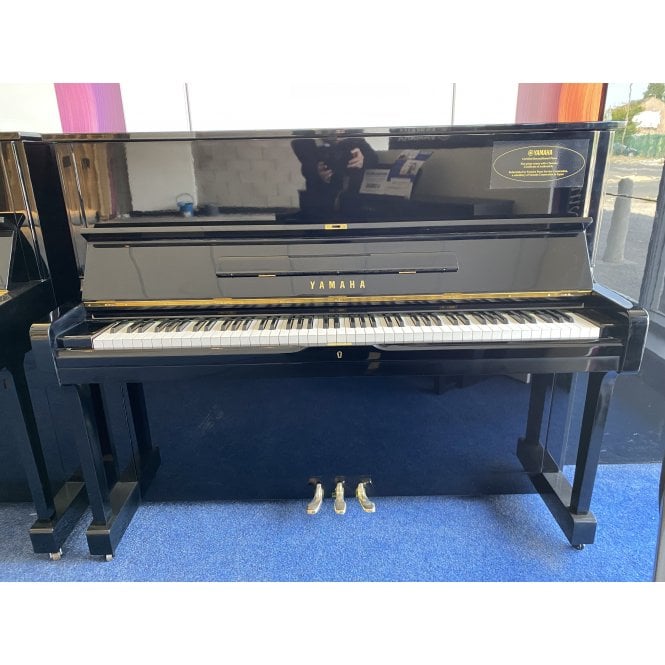 Code:
Item in Stock Item out of Stock   |   Usually dispatched within 24 hours
Loading...
Low Finance OptionsFrom £66.12 £66.12 per month - Learn More. using Classic Credit 48 Months 19.9% (based on a £2,240.00 £2,240.00 max. deposit)
Award Winning Retailer Est 1978 Supplying Musical Instruments For Over 30 Years
Prices Checked Daily Buy Today With Confidence
14 Day Return Policy We have made the process as simple as possible
Part Exchange Welcome We can offer you part exchange on your used items

The Yamaha U1 is well-known & well-loved, and for good reason!! This particular example was built in 1973 and is in wonderful condition, internally & externally. It has a very well-balanced sound across the keyboard, with a deep, rich and powerful bass, a resonant and strong middle section, and a bell-like treble. The action is light and quick, making all passage work really smooth and easy.  Overall, it is a highly versatile instrument suitable for students and professionals. It has been maintained and tuned to the highest standards, and will give many more decades of good service in the future.

Yamaha U Series upright pianos have long been a leading choice for educational institutions, professional musicians and discriminating home pianists. Now, thanks to comprehensive redesign, these world-standard instruments are better than ever, with numerous advances in materials and construction. Refined scale designs and components improve tonal performance, while other modifications enhance strength and durability. Extra-wide music desks provide plenty of room for sheet music. And the top-of-the-line sets extraordinary standards of elegance and excellence, incorporating concepts adapted from Yamaha grand pianos.
Pete Nicholson | Rimmers Music

At the start of the 1960s, Yamaha made a major move, creating a new company in the U.S.A. to import and distribute its pianos: Yamaha International Corporation. By 1965, Yamaha was producing more pianos than any other manufacturer.

In 1991, Yamaha reached the impressive manufacturing milestone of five million pianos. The company also introduced the successor to its CF and CFIII concert grand pianos: the CFIIIS, which underwent two further upgrades in 1996 and 2000. At the Moscow Conservatory in July 1998, a young Russian pianist named Denis Matsuev took the International Tchaikovsky Piano Competition’s top prize performing on a CFIIIS.

What will come next?

If the past hundred-plus years are anything to go by, you can be certain that Yamaha will continue to make pianos of the highest quality for a long time to come.