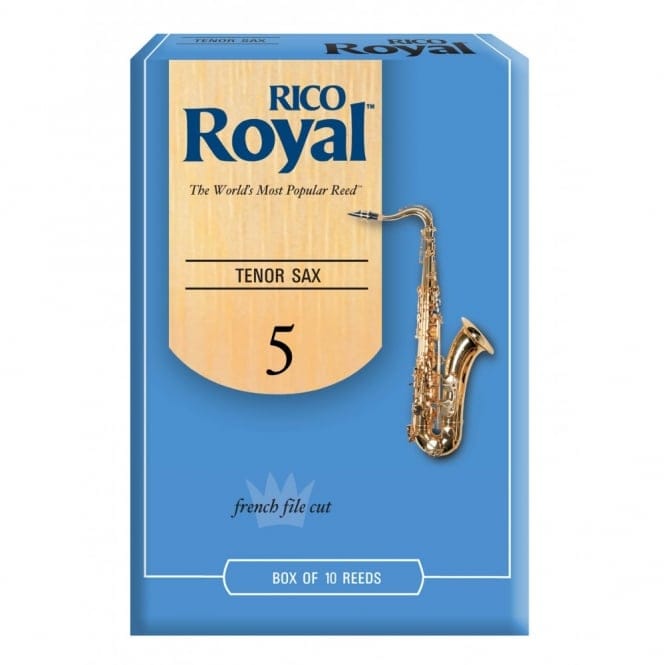 Code: RKB1050
Order within for delivery on Friday 28th January
Item in Stock Item out of Stock | Usually dispatched within 24 hours
Loading...
Award Winning Retailer Est 1978 Supplying Musical Instruments For Over 30 Years
Prices Checked Daily Buy Today With Confidence
14 Day Return Policy We have made the process as simple as possible
Part Exchange Welcome We can offer you part exchange on your used items

Rico Royal reeds in strength 5.0 combine the features of the traditional Rico cut with a stronger spine and a "French file," allowing for more resonance and harmonics in the sound.

Rico Royal reeds have a more traditional French filed cut for increased response, especially in the low register, adding clarity to the tone and making soft attacks easier. Available for the full range of saxophone and clarinet voices and conveniently packaged in boxes of ten reeds.

Since the acquisition of Rico by D'Addario & Co., Rico has strengthened its position as the global leader in woodwind reeds and accessories. Rico's state-of-the-art reed research center in Southern California employs a collaboration of agronomists, scientists, and musicians to produce top-quality reeds, including Rico Reserve premium reeds for clarinet and saxophone. Rico reeds are designed to benefit all levels of musicians, from the beginner to the seasoned professional. Many of the world's finest woodwind players perform with Rico reeds, such as Mark Nuccio, Jerry Bergonzi, Chris Potter, Benny Golson, Ernie Watts, Bob Sheppard, Henri Bok, Richie Hawley, Eric Alexander, and many more.