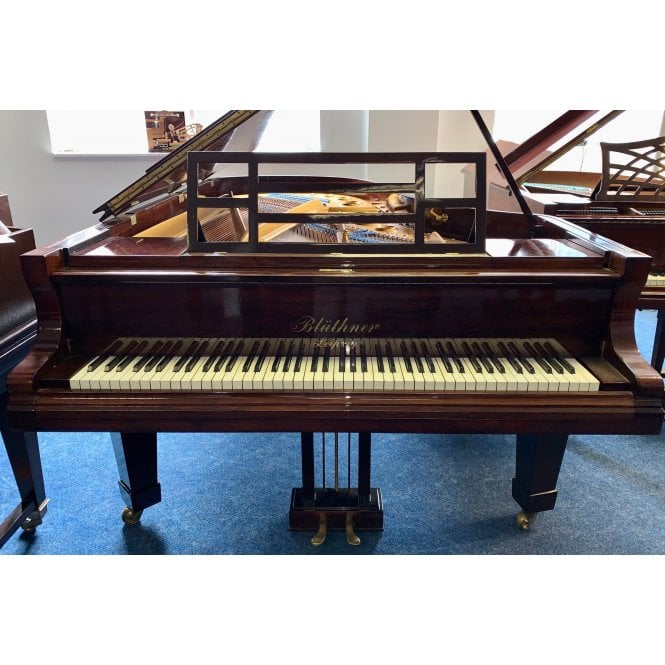 At Rimmers Music we are very proud to present for sale this beautiful Bluthner Leipzig Style 10, 3/4 Concert Grand Piano in the finish of Mahogany (Used). We have dated this piano to have been made in the year 1901 in Germany. The piano for its age plays and sounds wonderful, the tone is lovely and warm (european sounding). The cabinet has marks on it, as to be expected due to it's age but these are purely cosmetic. Due to it's 3/4 concert size it really does fill a room with it's tone and volume, the size of this piano in the length is: 237cm (7ft 8 inches). This is a must have piano and one not to be missed at Rimmers Music, it rare to see a Bluthner Style 10 that plays and sounds like this one.
James - Rimmers Music Bolton.