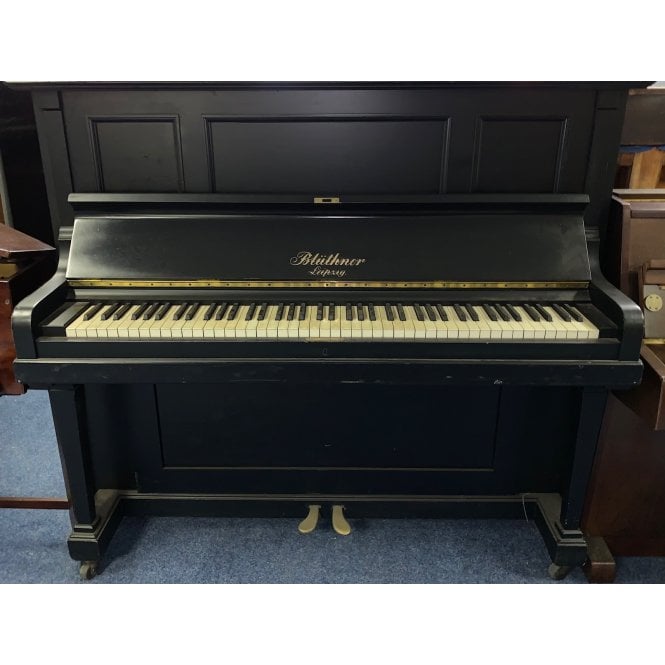 Here at Rimmers Music we present for sale this Used Bluthner Leipzig Upright Acoustic Piano. This piano is a restoration project for someone. The piano is sold as seen and we will deliver this piano for free to anywhere in UK mainland to a ground floor, easy access location.

The piano as it stands does play and all the notes work, although it isn't in tune. This piano in the right hands has the potential to be restored to a playing standard or would be lovely as an antique piece of furniture in the right setting. The cabinet shows signs of use with scratches and marks but again has the potenial to be resorted.

The Bluthner is world famous and this is your opportunity to own a piece of History.