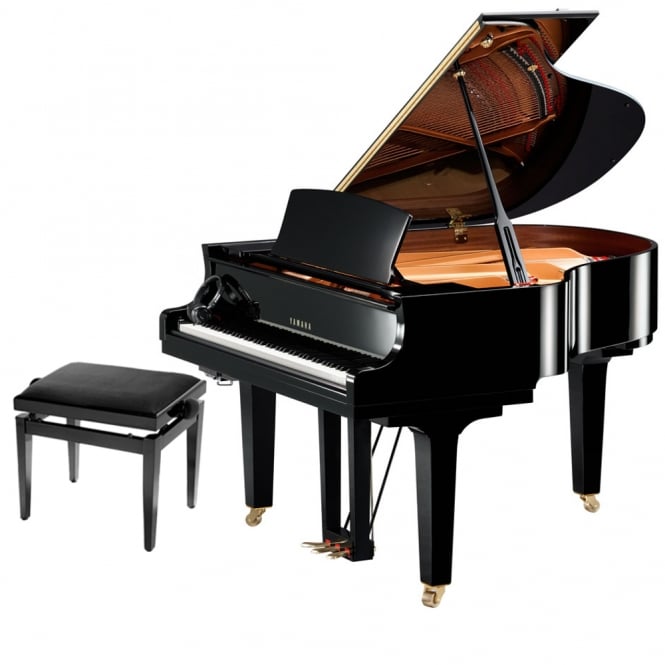 The headphones that come with SILENT Piano SH2 type are designed in a way that minimizes the strain on users after long hours of playing.

This newly employed headphones contribute to the improvement of sound quality as well as to the reduction of fatigue during performance.

All SH models come with an incredible Silent Piano sound when heard via headphones. They are the first in the Silent Piano industry to be equipped with a sound sampled from the Yamaha CFX full-size concert grand piano using state of the art binaural sampling techniques. This sampling technology delivers a three-dimensional sound like nothing you have heard through headphones before: the illusion of sitting in front of a concert grand piano.

A powerful, forceful presence, CX Series pianos possess a wealth of reverberation, taking in the nuances of a player intentions and reflecting them in the depth and projection of the music itself. Silent functionality has been added to this Yamaha C1X. This is an SH2-type Silent Piano featuring a CFX sound source.

This increase in memory capacity enables the SH type to reproduce even the subtle difference in nuances brought by key touch and thus significantly increases the expressivity of performance.

While conventional grand Silent Piano require lever operation for switching to "Silent" mode, SH type Silent Piano do it all via motor activation with a single press of a button.

Open headphones and a variety of connection terminals