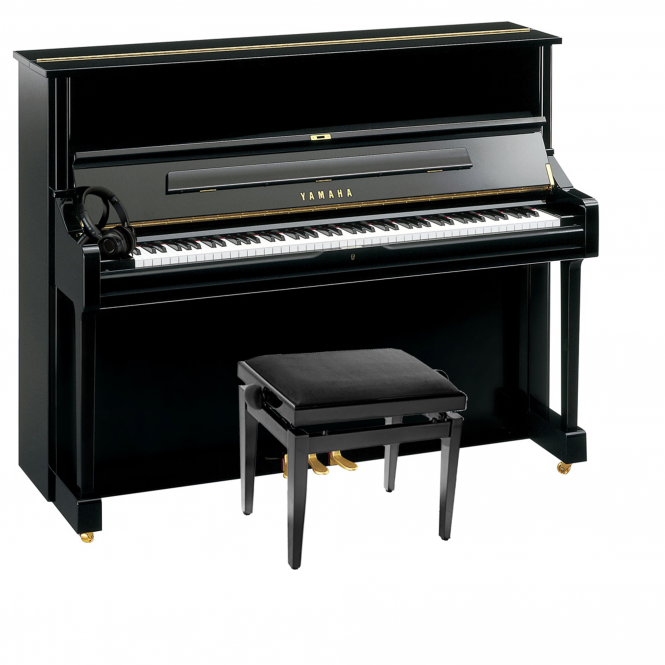 The Yamaha DU1EN Disklavier upright piano is based on the industry standard U1 instrument. Long favoured for its quality of tone and reliability in the education environment, these instruments have also found a place domestically with teachers and students alike. They are built very well indeed and incorporate a host of very high quality components which results in a solid even and responsive action and sweet, clear and delicate tone.

Adding the all new Disklavier ENSPIRE system to this piano creates a much more versatile instrument. Fully MIDI, USB and Audio capable and with a vast in-built music library, this upright piano is the ultimate home entertainment system. With wireless control via iOS or Android devices is very user friendly and new DSP servo drive systems for hammers and pedals make recording and reproduction more accurate than ever before on a player piano.