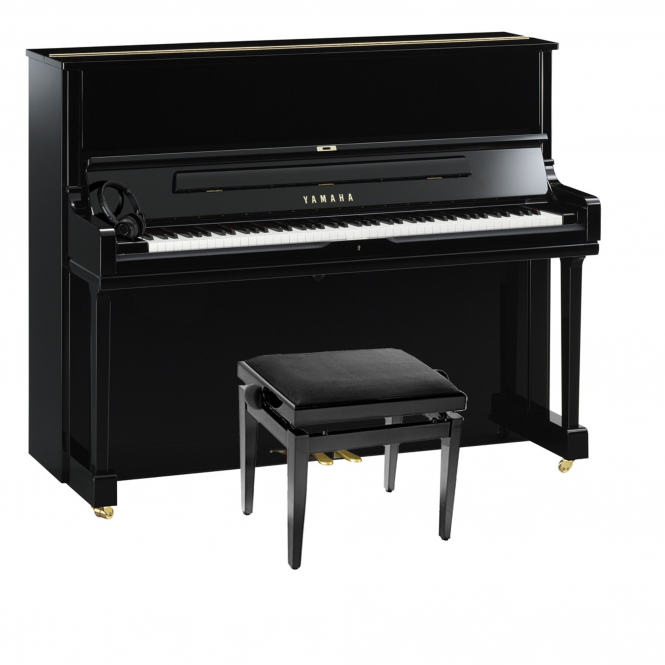 In its standard form the YUS1 is produced in limited numbers and while built on the same frame as the Yamaha U1 is a much more refined instrument. Aimed at the enthusiastic amateur or professional player that is looking for an instrument of individuality, the YUS1 benefits from upgraded hammers, produced from the same high grade hammer felt as the totally handmade SU7 along with a specifically selected set of bass strings, again unique to the YUS series.

The addition of Yamaha's new ENSPIRE Disklavier system makes the DYUS1 even more special. Building on the success of the popular E3 Disklavier series the new Enspire system offers an improved feature set and following a unique collaboration with Yamaha's Audio Visual Division your piano is transformed into a complete home entertainment system. The user interface has been much improved, the large control box with infra-red remote control has been replaced with a much smaller unit and you now completely control your Disklavier from your iOS or Android device. Playback is more accurate than ever before, and Yamaha have even included the sound engine from their stunning flagship Tyros5 keyboard for backing track recording and playback making your performances much more lifelike. Through wireless streaming your piano can also now be a part of your multi-room sound system - the possibilities are endless and the new Disklavier Enspire offers something for everyone, the pianist and non pianist alike.