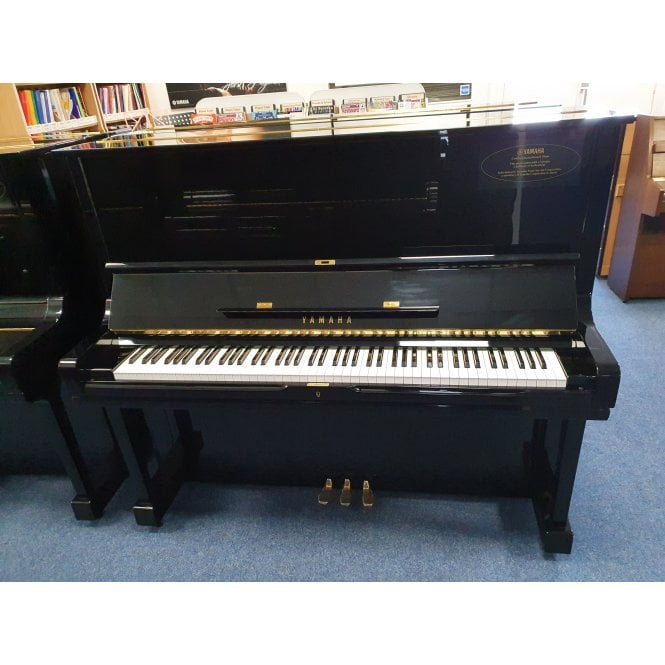 Yamaha U3H Upright Piano | Polished Ebony |Refurbished by Yamaha | Bolton Store
This Yamaha U3 piano was manufactured by Yamaha in Japan in Approximately 1973. This piano has been refurbished by Yamaha. It comes with a certificate to prove authenticity and a 5 year Yamaha Guarantee. Externally this piano looks great in its black polished ebony finish. There are a few minor usual wear and tear duster marks, but nothing significant other than some slight blemishes on key-fall top, these cannot be seen when the lid is up and were difficult to catch on the pictures but I did my best. I have taken pictures for you to see the condition overall; and it looks good. The brass finishes and 3 brass pedals (the middle one being a practise pedal, whereby this pedal puts a felt between the hammers and strings to quieten down the sound) all look beautiful. Internally this piano is great. It is at concert pitch and has been refurbished to the highest standard by Yamaha in their factory in Japan. The action is nice and responsive and it has a lovely depth to its tone with excellent dynamics (as you would expect from the Yamaha U3). I think this piano is excellent value for money.
Graham Blackledge - Rimmers Music